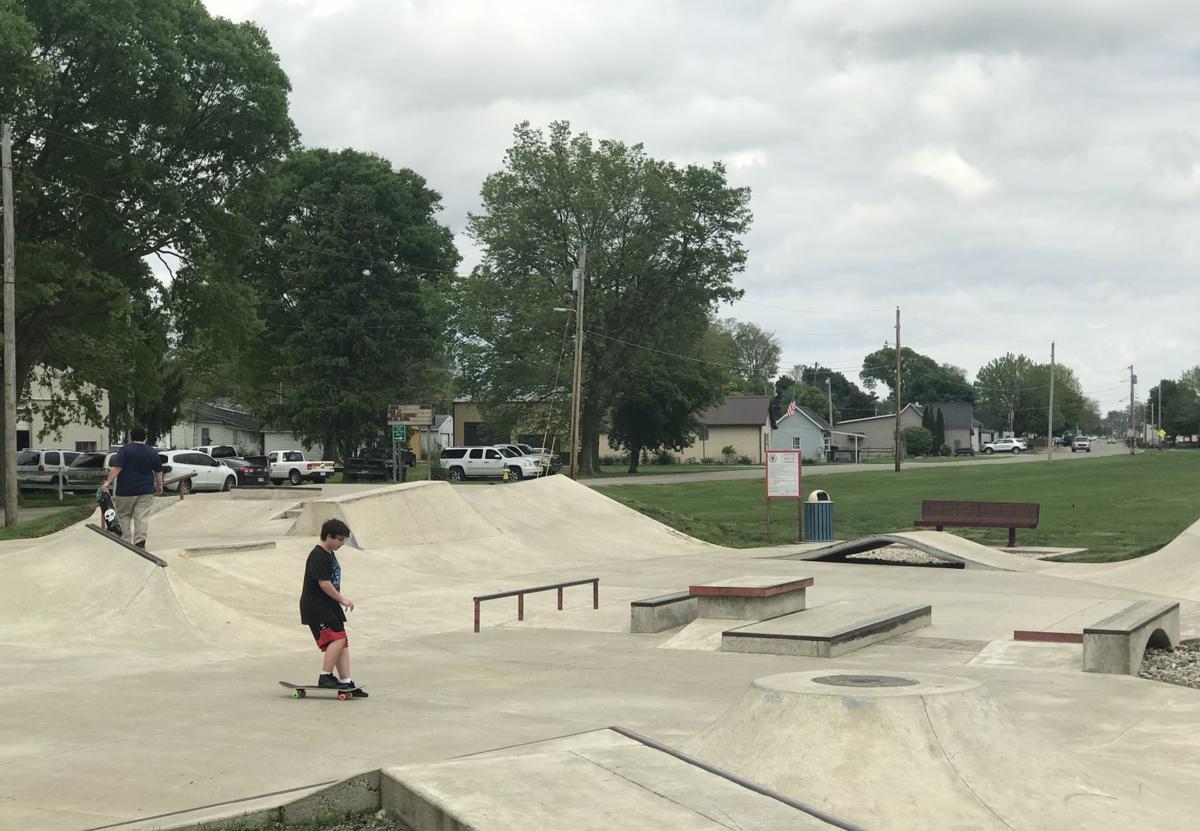 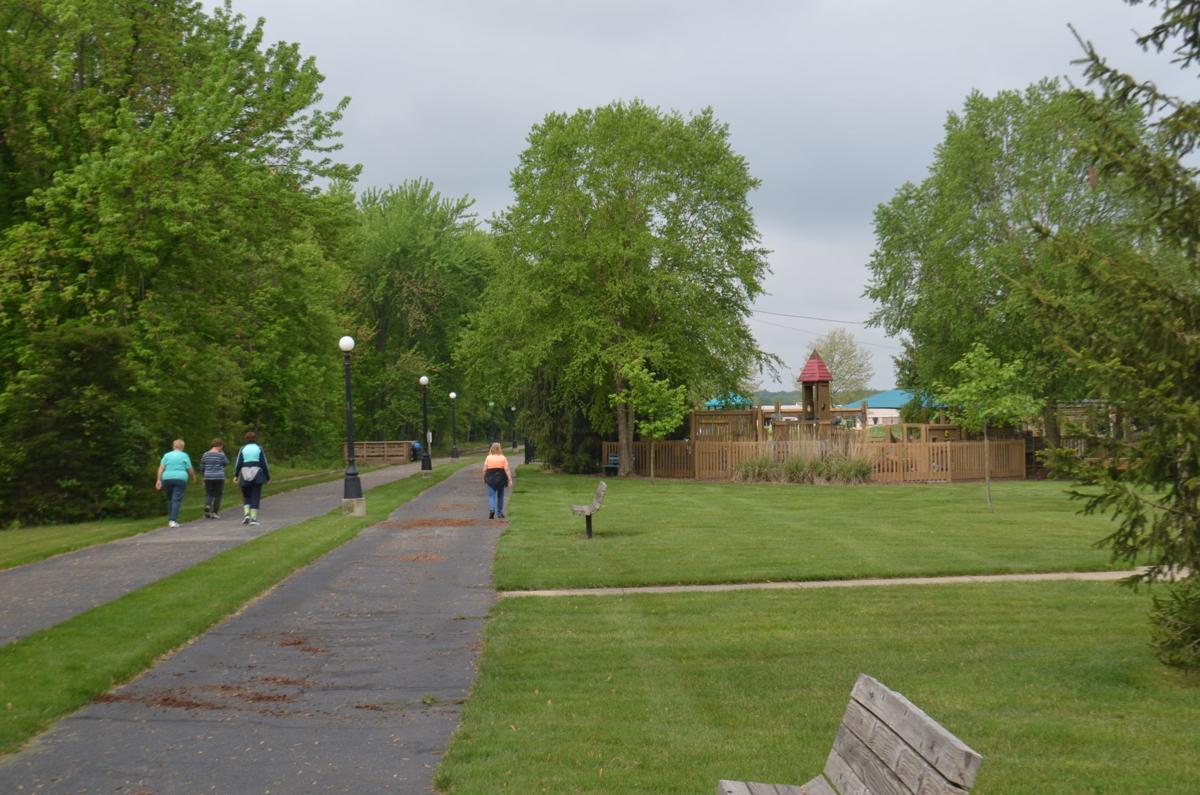 Walkers stroll past newly reopened benches on the riverwalk on Friday morning.

Walkers stroll past newly reopened benches on the riverwalk on Friday morning.

City residents will have the opportunity to enjoy more of their parks’ amenities as they look to get out of their houses for the holiday weekend.

That is thanks to Friday’s beginning of Stage 3 of Gov. Eric Holcomb’s Back on Track Indiana plan, which allows for the easing of several restrictions put in place in response to the coronavirus pandemic.

“We are going into the next phase without any problem,” Peru Mayor Miles Hewitt told the Tribune on Thursday.

That was a day after Holcomb, in a Wednesday news briefing, announced that the state, with the exception of three counties, could move into the next stage of the reopening plan by Friday.

That decision moved up the start of Stage 3 by two days.

And it meant that the city would reopen the Canal Street skate park, all park pavilions and benches, tennis courts, basketball courts and the disc golf course in time for all of Memorial Day weekend.

Asked if the Governor’s slight acceleration of the original plan (Stage 3 had been scheduled to begin on May 24) created any scheduling problems for the city, Hewitt said it did not.

“Matter of fact we are still right on plan,” he said, “opening up everything as need be.”

But the signed executive order from Holcomb did bring one surprise.

Playgrounds, which had been slated to reopen as part of Stage 3 are to remain closed.

The change prompted a Friday afternoon message from the Mayor’s Office,

“Due to the unforeseen announcement in the Governor’s latest Executive Order, playgrounds will NOT be open until further notice,” a Facebook post said. “Please refrain from using all playgrounds in the Parks and on the Riverwalk!”

That will likely give more time for workers who were out Friday morning to finish a mulching project at the Miami’s Fort playground on Canal Street.

But the other work was already done, with caution tape removed from riverwalk benches and pavilions. And by early Friday afternoon, skateboarders had returned to the skate park.

Hewitt said Thursday that that was the intention, even before Holcomb moved the date from Sunday to Friday.

“I had already planned on having it done so my people wouldn’t have to come in on Sunday,” he said.

Though more amenities will be available and open, Hewitt still reminded residents to enjoy them responsibly and with the ongoing health concerns still in mind.

“I request everyone using any public areas please remember hand washing after leaving the area and don’t let your children touch their mouth, eyes, and nose area prior to hand washing,” he said in a Facebook post. “Remember this is going to be a holiday weekend. I want everyone to enjoy family time together and be safe.”