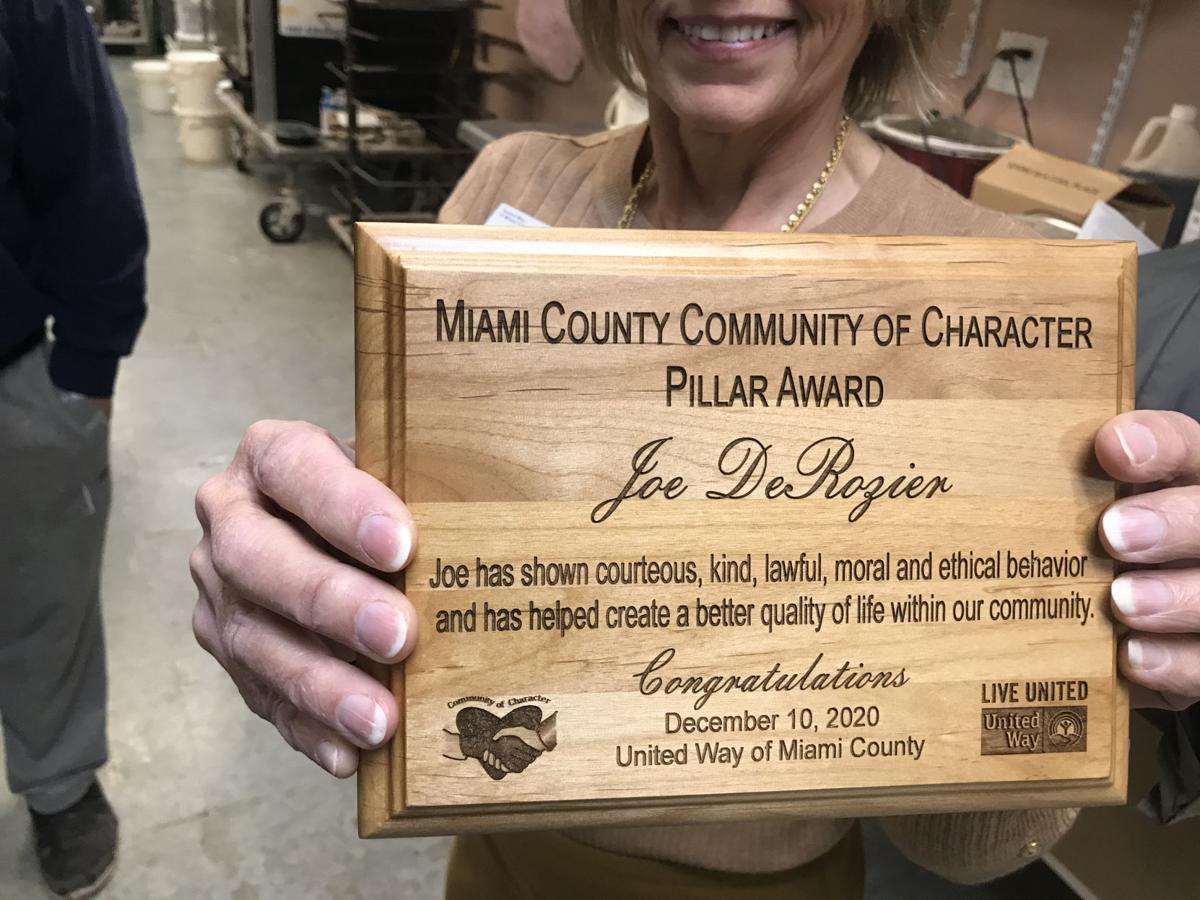 Debi Wallick, director of the the United Way of Miami County, holds up 2020’s Pillar Award, which was presented to local businessman Joe DeRozier on Friday morning. 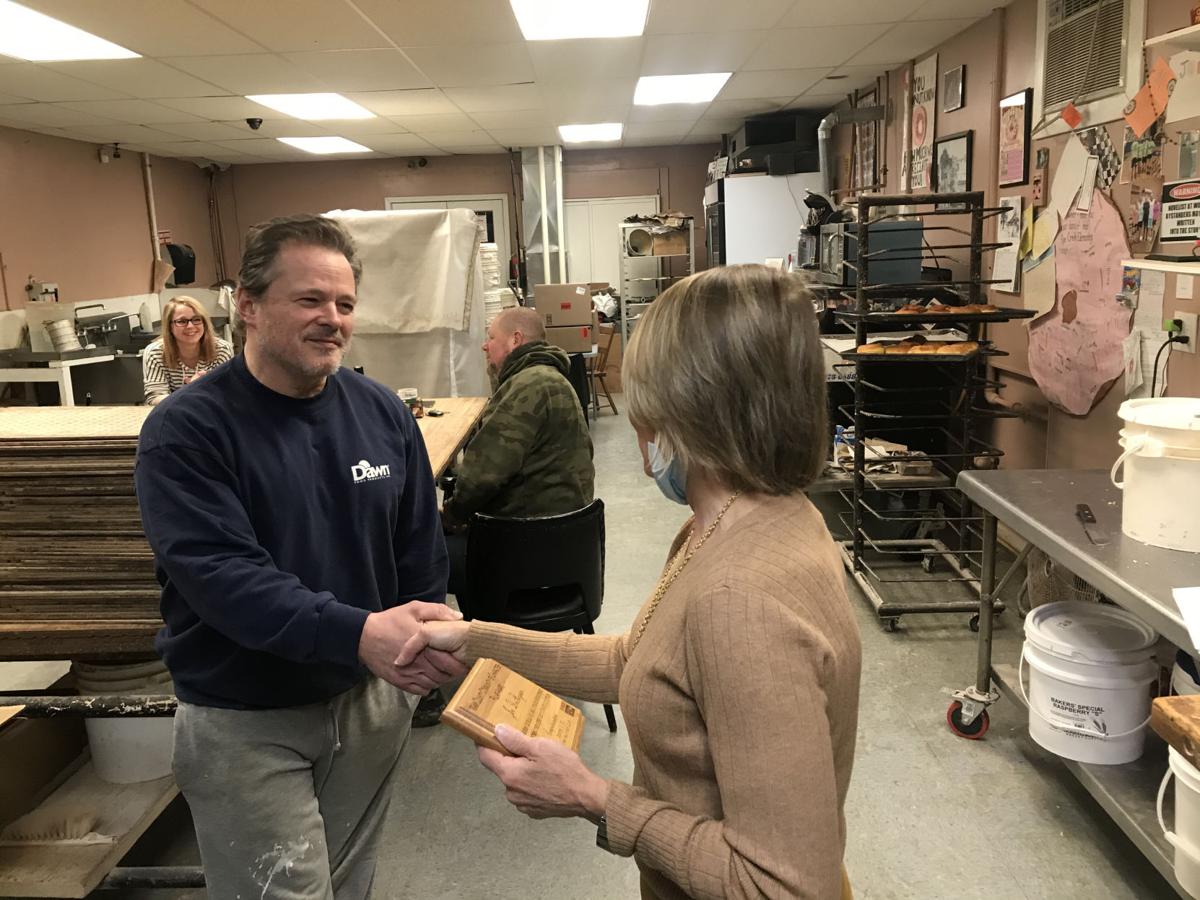 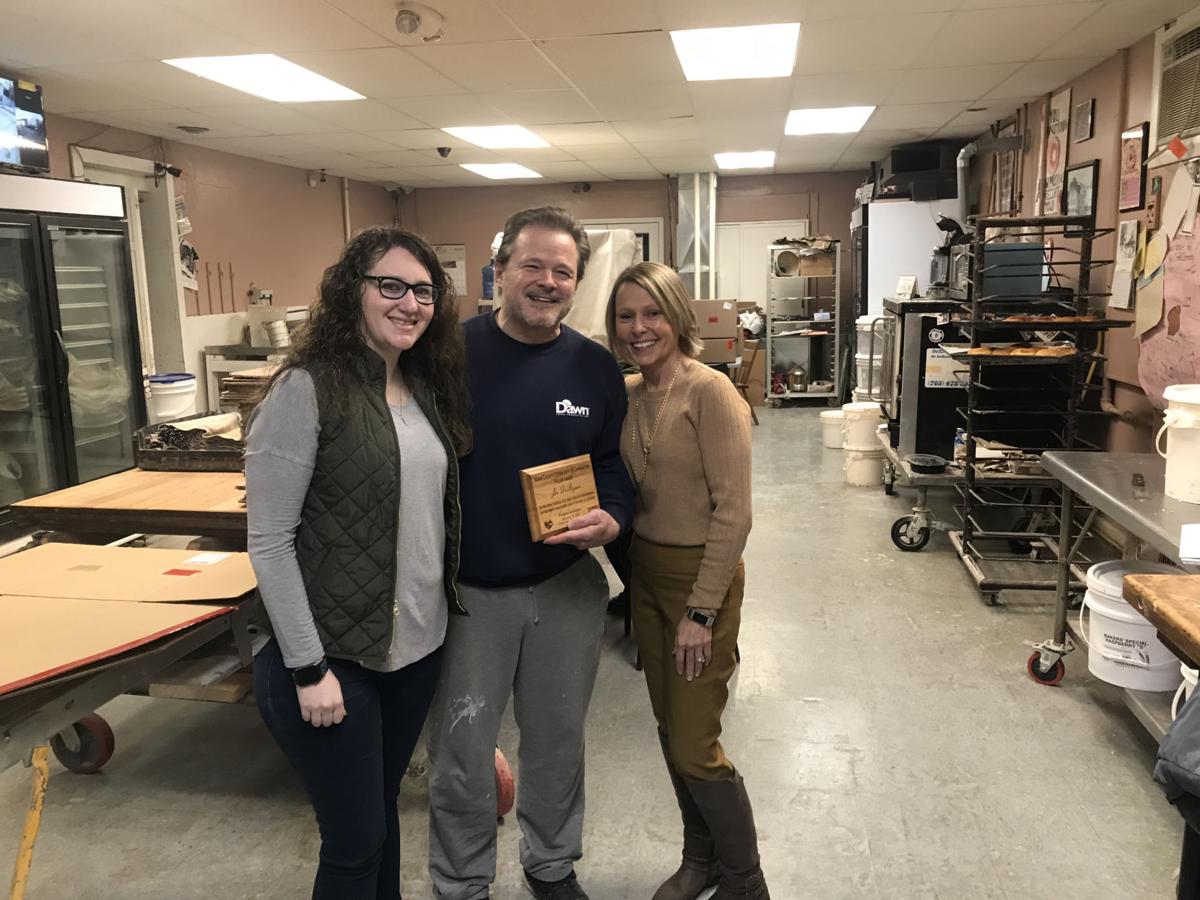 Debi Wallick, director of the the United Way of Miami County, holds up 2020’s Pillar Award, which was presented to local businessman Joe DeRozier on Friday morning.

The United Way of Miami County has given one of its top awards to local businessman Joe DeRozier.

“Congratulations to Joe DeRozier for receiving this year’s Pillar Award from United Way of Miami County,” a Facebook announcement said on Friday morning. “Joe has shown courteous, kind, lawful, moral, and ethical behavior. He has also helped to create a better quality of life within our community.”

That notice went up just a couple of hours after the local United Way executive director, Debi Wallick, and board president, Morgan Gold, surprised DeRozier at his Broadway bakery to present him with the award.

“That’s very sweet,” DeRozier said as he was told the news.

“You were nominated by multiple people,” Gold said.

Apart from the criteria listed in the award’s language, Gold told the Tribune that DeRozier was selected particularly in light of the coronavirus pandemic.

“But we decided, especially for 2020, Joe is keeping morale up,” she said.

She rattled off a list including his positive Facebook posts in which he often muses about the strength of the community and happy moments from both his recent interactions with people and his more distant past. He is also instrumental in helping decorate the portion of Broadway around his business, has recently published a book and helped out delivering donuts from his shop to healthcare workers who have been battling COVID-19, she and Wallick said.

“All he’s trying to do is make things better without putting any negativity out in the world,” Gold said. “He’s a good neighbor.”

DeRozier said he didn’t want to take too much credit.

“This is everybody,” he said, referring to neighboring businesses and others who have helped carry out much of the decorating and deliveries mentioned. “I just have ideas, other people are doing all the work.”

Past recipients of the award include: