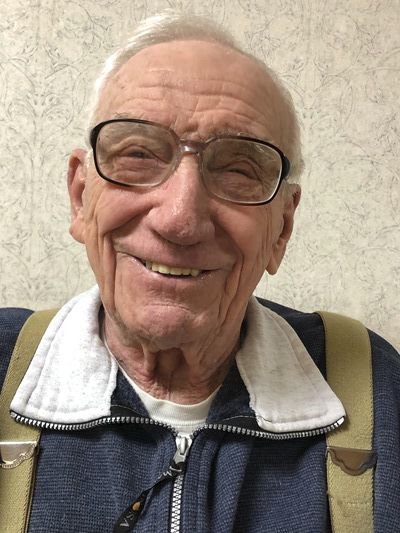 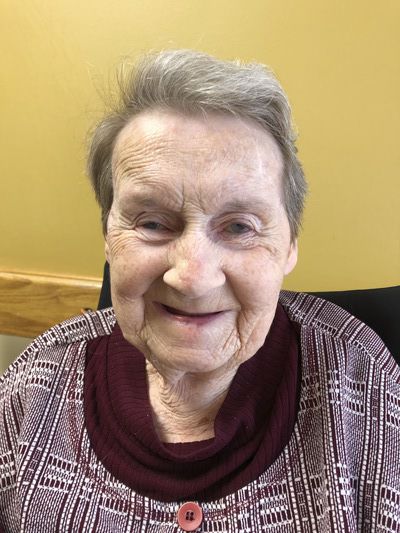 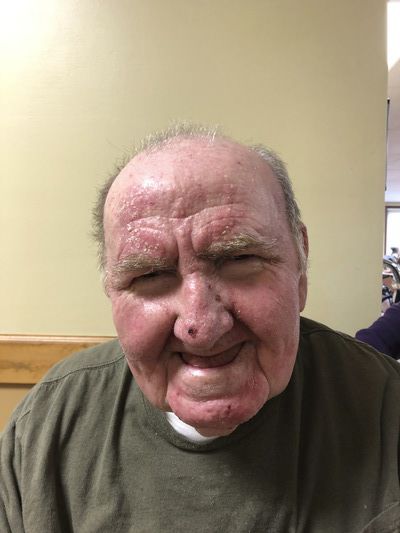 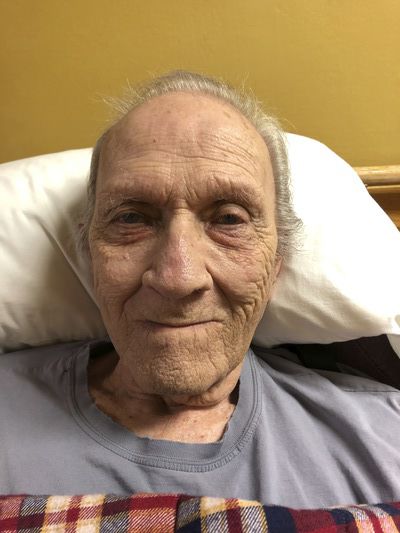 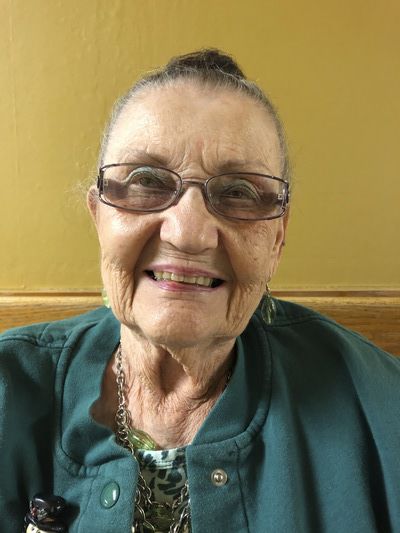 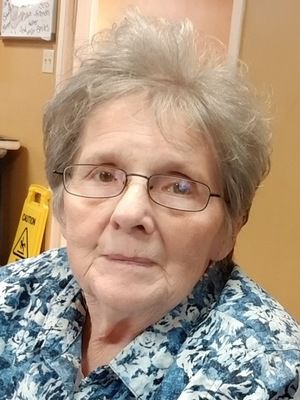 Residents in Miami County will soon see voting stations popping up at local businesses for an annual fundraiser that will culminate with a donation being made to a local charity and a king and queen “sweetheart” crowned at Miller’s Merry Manor nursing home.

“We’ve been doing it 45 years,” Tammy Everroard, activity director at Miller’s, told the Tribune on Monday. “It’s 45 years for the queen and this is the 17th for the king.”

The contestants – three men and three women – each carry a number, and, Everroad explained, people will have a chance to vote for their favorite contestant (after reading their biographies below) at the voting stations by dropping money in the corresponding numbered can.

Everroad said she plans to start placing the cans at area businesses on Wednesday.

About a month later, the cans will be collected and taken to a local bank where the money and “votes” from each can will be tallied and a winner declared.

That is scheduled to happen on Feb. 15. A check for the total amount collected in the contest will then be delivered to Helping Hands.

The contestants this year are:

Janet Snider has lived at Miller’s Merry Manor since Jan. 31, 2019. She was born on Nov. 15, 1938. She has lived in Miami County all of her life. Her parents were Elton and Annabelle Bowman. Janet has two brothers and two sisters. She attended and graduated from Peru High School. Janet worked at the Tally Ho, Jockey Club and the Fox & Hounds. Everyone loved her sense of humor. Janet was married to the love of her life, Martin Snider, until he passed in 2012. They had six children: Jerry, Julie, Sandy, Mickey, Joe and Melanie. She has eight grandchildren and 10 great grandchildren.

Janet enjoyed collecting antiques with her husband and spending time with her family and grandchildren.

She always said that if she hugged you, she loved you.

Wilma Walker has lived at Miller’s Merry Manor since November 2016. Wilma’s mother was Bernice Townsend and her father was Sherman McQuinn. She was born on Oct. 4, 1933 in Pilot, Kentucky. She has one sister, Mary Thelma, and one brother, Aubrey.

Wilma and her family moved to Lucerne before she started school. Later she attended and graduated from Lucerne High School in 1951.

Wilma met Marvin Walker on a blind date at the Cass County Fair. After spending a short time together, Marvin was drafted and sent to the Korean War for two years. They corresponded during that time. Most everyday, Wilma sent Marvin love letters, cookies and candy. He sent love letters back in return. When Marvin came home from the service they were married on June 16, 1956. Wilma’s working career began after graduation when she worked at the Western Union Telegraph Company as a delivery clerk until the office closed in the 1970s. She then began working in the office of the American Standard Plumbing Company until they closed their Kokomo office. After that, she and Marvin decided she would be a stay at home wife. Wilma enjoyed caring for their home, doing yard work and looking for Marvin’s coon dogs when they would run away.

Wilma stayed busy doing many other things. She and Marvin attended St. Charles Catholic Church, where she was a eucharistic minister. She was a lector at the church as well. Wilma was a member of the Peru Gardeners Club and studied and earned a master’s degree from Purdue University for Master Gardening. She loves lillies. Wilma continues to enjoy spending most of her time with Marvin, resting, laughing and eating lots of chocolate.

Jackie was born Oct. 4, 1927 in Waukesha, Wisconsin. At age 6 she and  her family moved to Peru. Her parents were John & and Marjorie Keller, owners of Keller’s Cleaners. Jackie had two brothers.

She attended and graduated from Peru High School in 1945.

Jackie then went on to collage to become a registered nurse, graduating in 1948. During that time, Jackie married Eugine Wolf and they had one son, Vincent. Later in life Vincent gave Jackie two grandchildren and then three great grandchildren. Jackie also has many nieces and nephews that she loves dearly.

She worked at Dukes Hospital in the emergency Rroom &and in Ssurgery for six years, until 1959. At that time she and her family moved to California and lived there for 30 years. Jackie worked as a RN at the four-star resort, The Miramar, in Santa Barbara.

Jackie’s husband passed away in 1985 and she decided to come back home to Peru in 1989. She started working for her mother again at Keller’s Cleaners in the afternoons to help out.

She also enjoyed going on tours all over the U.S. with her sister-in-law. She even visited Havana, Cuba in 1952.

Today, Jackie enjoys word search puzzle books, coloring and she is an avid reader. She said she is happy living here at Miller’s.

He was born in Zanesville, Ohio on April 19, 1940. His parents were Jewel and Albert Montgomery Head. He had three sisters: Eloise, Marilyn and Bernice.

Al attended and graduated in 1958 from the Dexter City School. While in school, Al was on the basketball team, he played the trombone in his high school Bband and he also said he loved the girls.

Al worked on the farm, milked cows, butchered hogs and beef and was bitten by a copperhead snake. When he was young, his grandfather gave him three shells that cost 8 cents each and sent him out to hunt. His grandfather told him not to miss or he would get whipped. That was the beginning of being a good shot. From 1958 to1964, Al was in the Army where he was an E4 and expert marksman.

Al worked for some time as an Inspector at Westinghouse Electric. He also worked security at Proctor & Gamble.

Later, Al decided to start a home improvement and remodeling business. He continued with his business until he retired. At that time, he and his wife moved to Indiana so his wife could be closer to her family. Al always loved to go hunting, fishing and riding his Harley Davidson. Now he likes to visit with his good friend Charlie, watch the girls and listen to Johnny Cash.

Marvin was born Jan.  7, 1931 on Jefferson Avenue in Peru. His parents were Ruth and Ralph Walker.

Marvin has one brother, Jim, and four sisters, Nancy, Sharon, Bonnie and Janet. He attended and graduated in 1949 from Peru High School.

Marv stated he thought he was a basketball star but he never made the team. He worked at Cliff Bonnie Service Station. Marv also said he went coon hunting with his father before he even started going to school. He met his wife Wilma (also a Sweetheart contestant) during a blind date at the Cass County Fair. After a short time dating Wilma, he was drafted and sent to the Korean War.

He was in the 7th Infantry Division as a rifleman. Wilma sent him love letters, cookies and candy. He, of course, enjoyed her goodies and wrote love letters back to her. When Marv returned, he landed a job at the Indiana Bell Telephone Company straight out of the service. Marvin and Wilma married June 16, 1956 and he continued to work for the phone company until he retired.

Marv and Wilma enjoyed traveling together for many years. They traveled to Alaska on two different occasions and they traveled to Rome to visit the Vatican. They made many trips to Kentucky for family reunions. Marvin went on many fishing trips with other family members. He always went coon hunting.

Marvin said if he wasn’t living at Miller’s he would be coon hunting.

Ben was born on Nov. 8, 1936 in Rousseau, Kentucky. His parents were Columbus and Elsie Jane Back. Ben had two brothers and one sister.

He attended a one-room school until he was in the seventh grade, then he quit to work on the farm for $3 a day which was pretty good at that time.

In 1958, Ben went into the Army for a short time. He was in the 1st Armored Division. After he was honorably discharged, Ben moved to Indiana where he had many jobs and held many different positions. Over the years, he worked at Stokely Van Camp, Circus City Cab, The Foundry, Olin Mathis, Bailys Furniture Company and also Square D in Peru.

Ben quit Square D and decided to return to Kentucky, where he worked at Parkway Pharmacy in Camptom, Kentucky for several years.

He later decided to return to Indiana to be closer to his nieces and nephews. In 1997, he married Mary Lou Cooper until her death in 2005. Ben has 10 step-children from the relationship. As time passed, Ben lived in an apartment where he was very particular about his things. There was a place for everything and everything was in its place. He enjoyed working on lawn mowers, watching old movies, the news and TV Land. These days, Ben likes to attend some activities Miller’s such as Bingo games, parties, musical programs, pet visits and occasionally he enjoys going on facility outings.