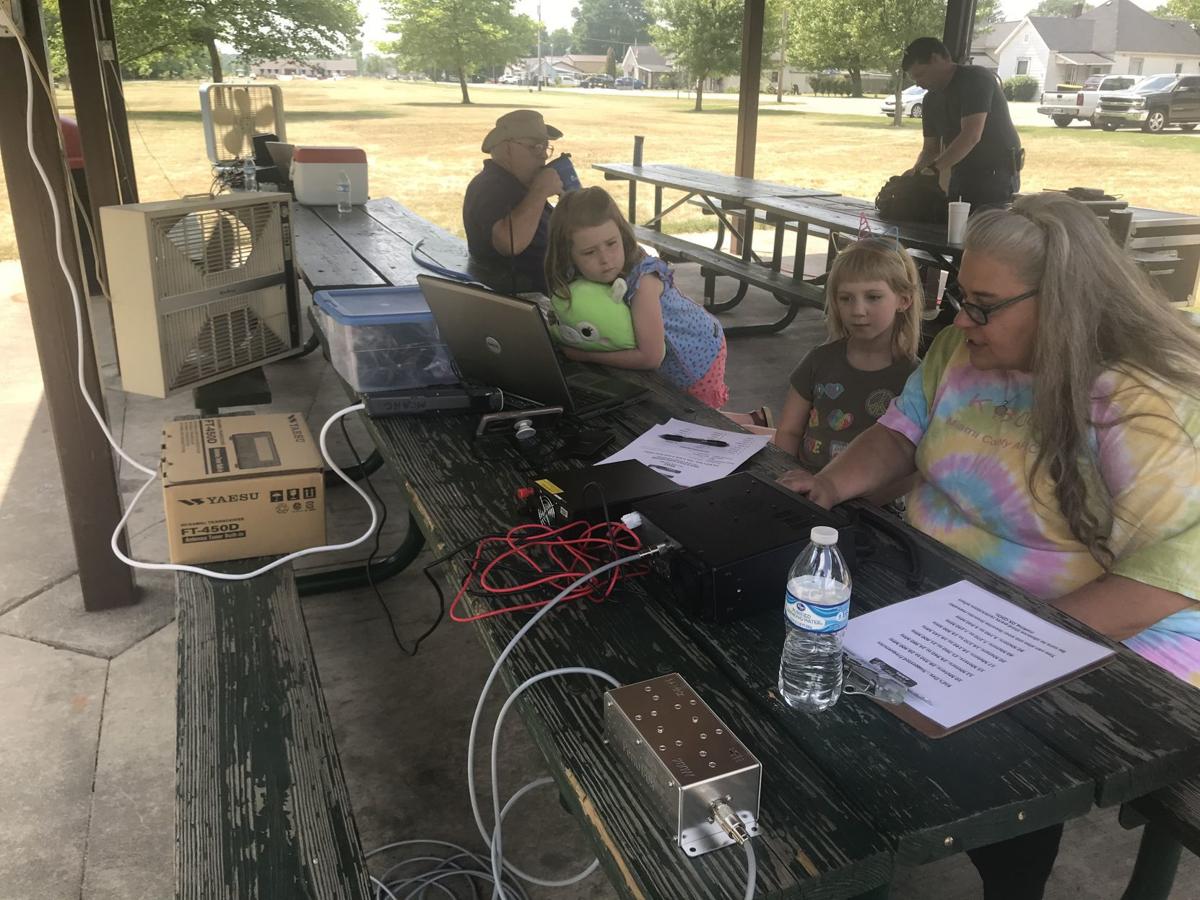 Palmer Wright and Abby Logsdon look on as amateur radio operator Jennifer Lewis tries to make contact with another operator during a national kids day event on Saturday. 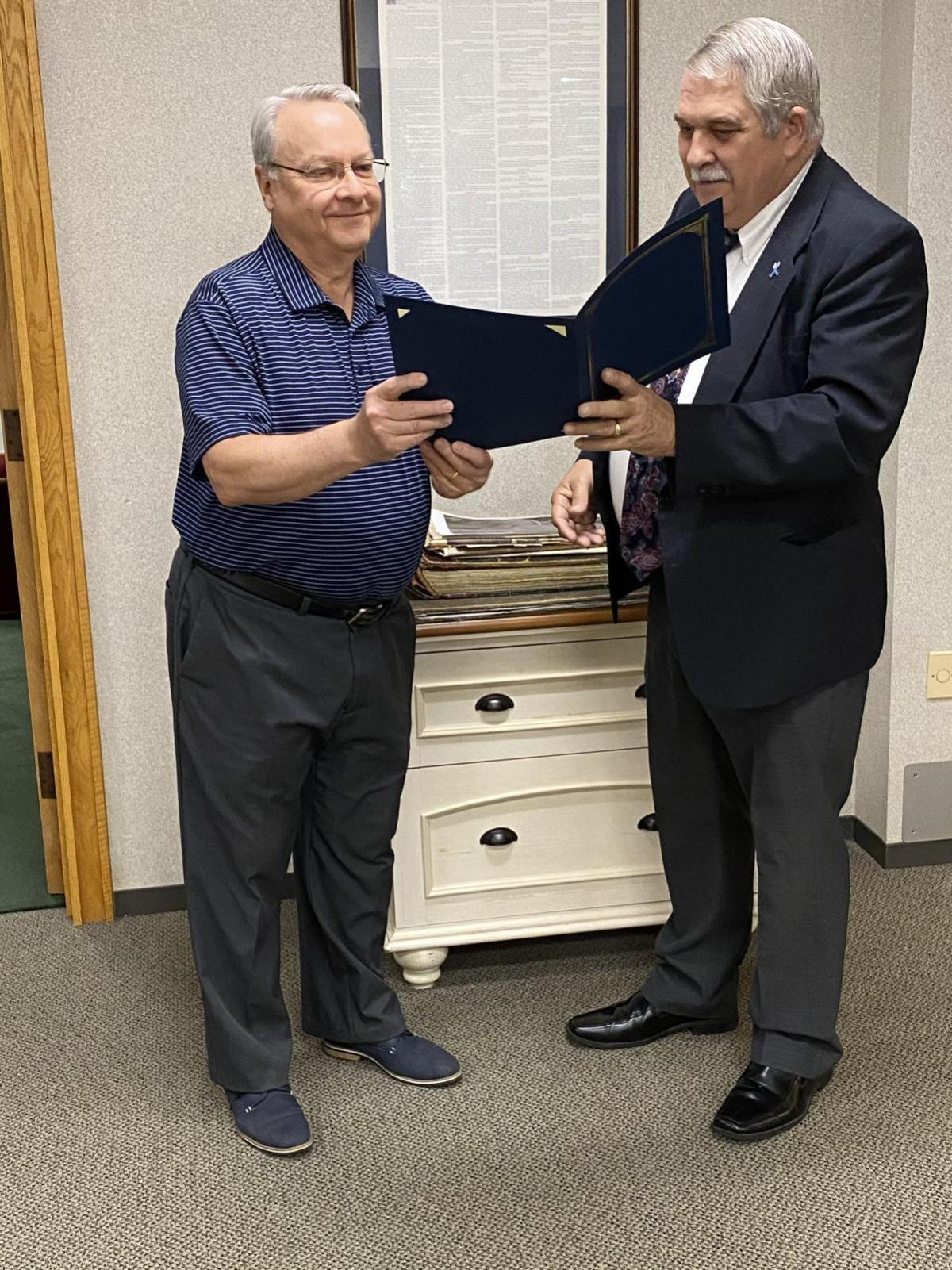 Palmer Wright and Abby Logsdon look on as amateur radio operator Jennifer Lewis tries to make contact with another operator during a national kids day event on Saturday.

Area children got a rare opportunity to communicate with those beyond the horizon this past weekend as they and others participated in a nationwide amateur radio Kids Day event.

And those who missed out have another chance coming up if they attend the Miami County Amateur Radio Club’s Field Day starting Saturday afternoon.

“This is something that is done all over the country, too,” club president, Bill McAlpin, told the Tribune on Tuesday.

The event starts at 2 p.m. on Saturday at South Peru School and runs through the same time on Sunday. During the 24 hours, the amateur radio operator’s, often referred to as “hams,” will compete to log the most contacts around the globe. But, as McAlpin pointed out, there is another important component to the effort.

“It all allows us to go out and operate some place we wouldn’t normally operate,” he said.

That provides practice for when hams are needed in times of emergency and on Saturday the operators will be seen setting up their stations – an effort which involves firing air cannons into trees to get their antennas in the air.

“It’s kind of a little motto that’s caught on,” McAlpin said. “‘When all else fails, amateur radio.’”

That’s because when natural disasters or other emergencies strike and knock out communication infrastructure, the operators can set up their equipment and re-establish contact for relaying important information.

It’s why the club maintains close contact and partnership with area emergency management and many club members are also certified Skywarn storm spotters.

The weekend event, McAlpin said, will not only include the competition, but kids and others who stop by will have an opportunity to work with a licensed ham operator and make their own contact and also participate in a “fox hunt” in which they search for a small hidden radio transmitter using a homemade, handheld antenna.

Some kids got a little taste of that communication work this previous weekend when they stopped by the public pavilion on Canal Street.

There, hams had their antennas strung in the trees and were trying to bring up distant operators.

Much of that was the club’s “call sign” or identifying name, and the rest was telling anyone listening that she was looking to make contact as part of the national event.

“When you get on the radio there are things you have to say so you can let other people know you want to talk to them,” she explained.

The Kid’s Day event allowed the young ones to work with a licensed operator, like Lewis, and try to establish communication with others across the country.

McAlpin said atmospheric conditions on that day made communication difficult and though she wasn’t able to bring anyone up to talk to for the two young onlookers, Lewis did catch a little traffic from Missouri and Long Island as she manipulated the dials.

Giving youngsters a chance to look in on such activities is important and a good way to keep them interested in math and science, according to McAlpin. And as part of that effort, the club has even worked with area elementary schools to help students communicate with astronauts on the International Space Station.

“We have kind of a unique club,” McAlpin said.

In the past eight years, through their classes, the club has helped over 120 people become licensed operators, including 18 kids and 19 women.

Events like the ones this weekend and last are important in getting people involved.

“The kids just thrive on this stuff,” he said.

The field day event is open to the public. Fox hunts are scheduled for Saturday at 12, 3 and 7 p.m.

For more information about the club and becoming a licensed operator visit the web site at www.k9zev.org.