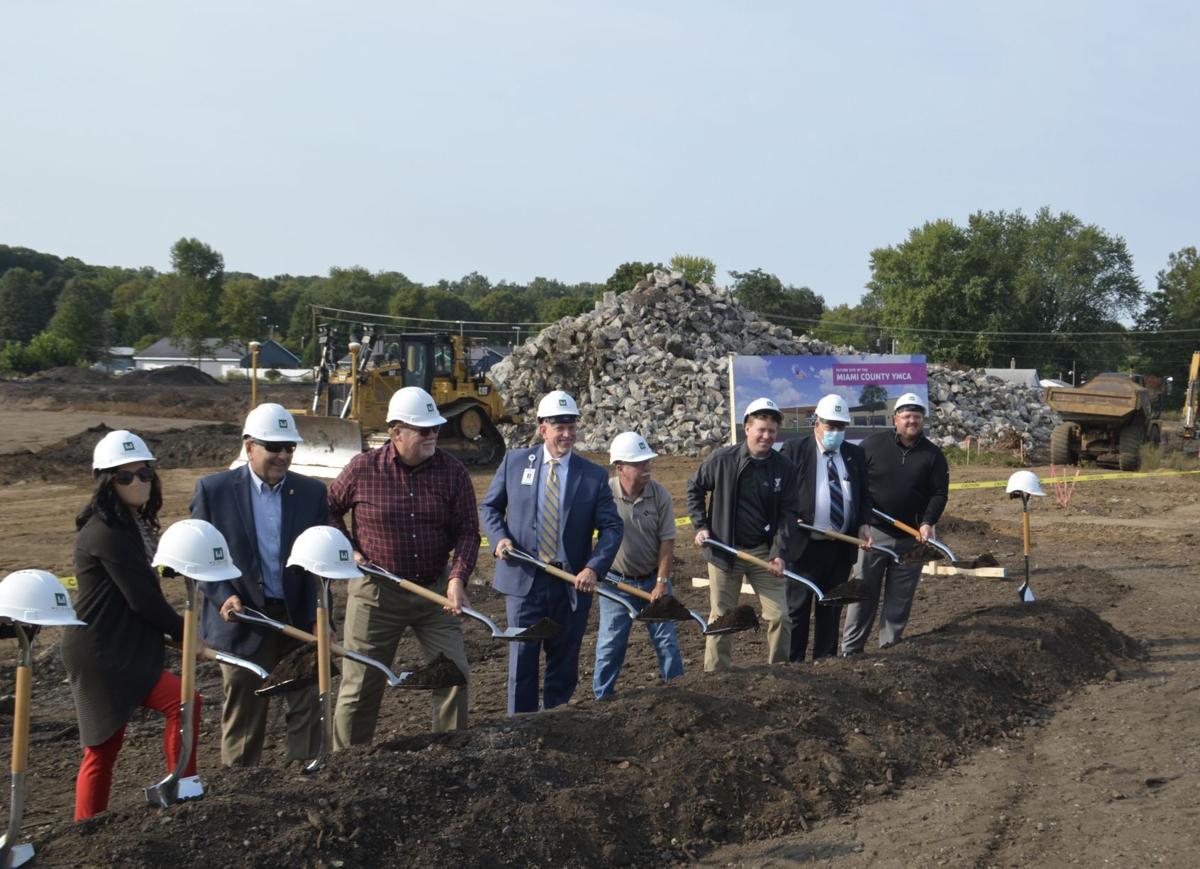 Officials pose with shovels Tuesday morning at the ceremonial ground breaking for the new Miami County YMCA near the intersection of Forest and Second streets. 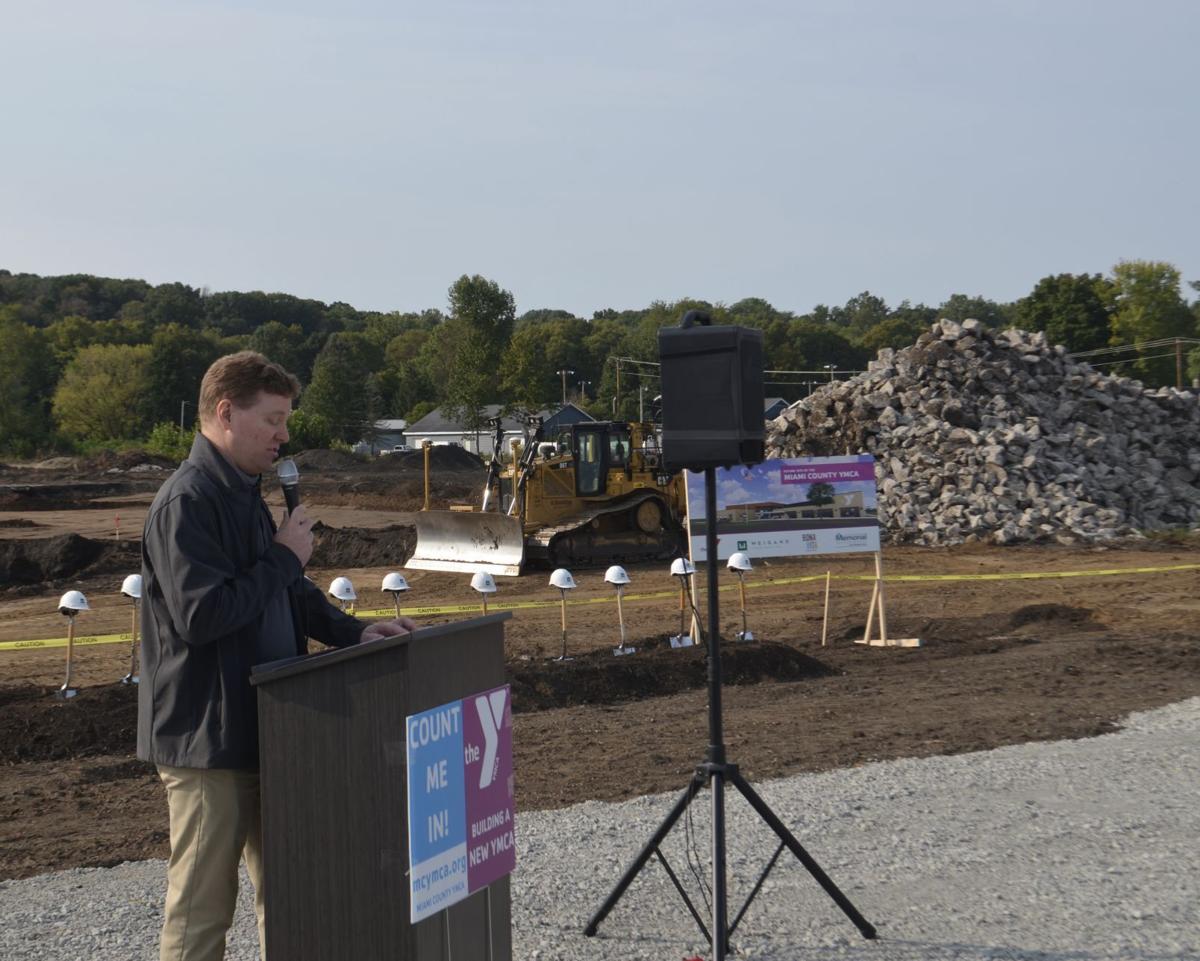 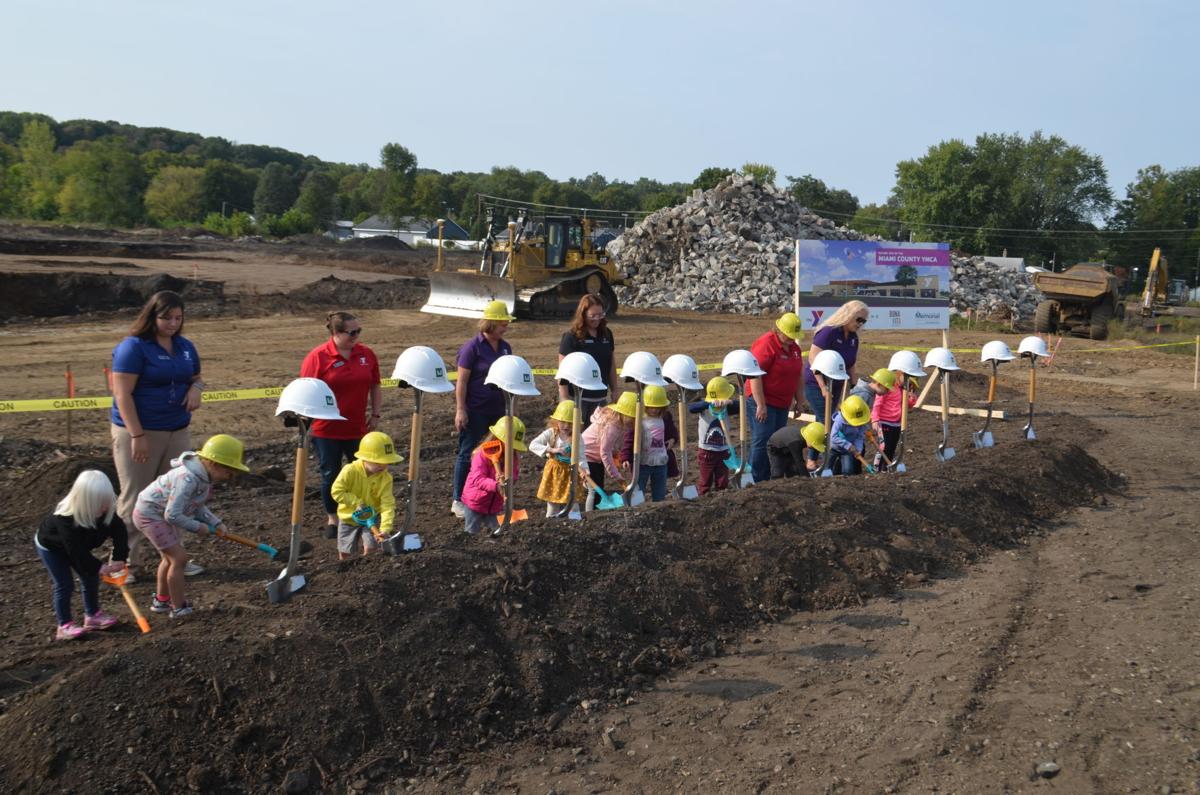 Children from the Miami County YMCA preschool program turn their shovels at a groundbreaking for the new facility on Tuesday morning.

Officials pose with shovels Tuesday morning at the ceremonial ground breaking for the new Miami County YMCA near the intersection of Forest and Second streets.

Children from the Miami County YMCA preschool program turn their shovels at a groundbreaking for the new facility on Tuesday morning.

Though the funding for the project is incomplete, officials from around the region gathered Tuesday for the ceremonial groundbreaking at the site of the county’s new YMCA building.

“We are going to ask for more help,” YMCA executive director Mark Demchak told the crowd gathered at the construction site near the intersection of Forest and Second streets.

Demchak walked those in attendance through the roughly eight-year story of bringing the project to where it stands now and told them that though they had met the $12.9 million fundraising goal for the new building, rising construction costs have moved their target.

“The recent facts on the ground is that It won’t cover everything,” he said.

He said the recent stumbling block was not slowing him or his board down.

“All I can tell you now is that we are still all in,” he said.

After the ceremony, Demchak said they are looking at being $700,000 short on construction costs as well as other financing expenses.

Though the economic future is uncertain because of the coronavirus pandemic, Demchak said that wasn’t necessarily a reason to halt the project as construction costs aren’t expected to go down.

Lara Trump: 'I don't know' if Trump tested before debate

Watch this couple's pandemic wedding on the US-Canada border

“If we waited the costs were just going to go up even further,” he said.

It’s not the first hurdle the project has had to clear this year.

The Peru City Council in June approved a funding package that would lend $700,000 in tax increment financing, or TIF, funds to the project and the extension of the nearby Riverwalk.

The city is not on the hook for the bonds issued as a result of that vote.

The deal administered by MCEDA will see the bonds be repaid with the money brought in as a result of planned increased property values at the YMCA site once the project is complete.

Demchak on Tuesday said he remained confident that the vision of that improvement and the associated development, would mean people would dig deep to make up the new shortfall.

“The whole area is going to be improved,” he said.