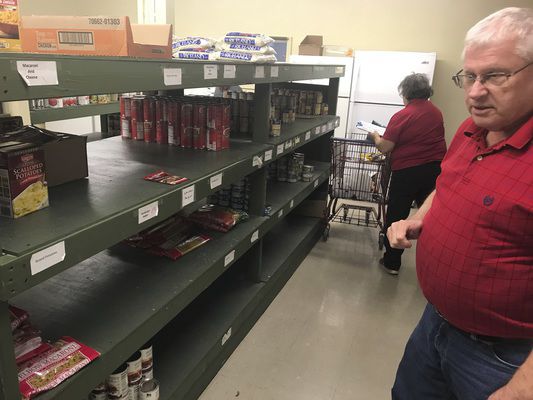 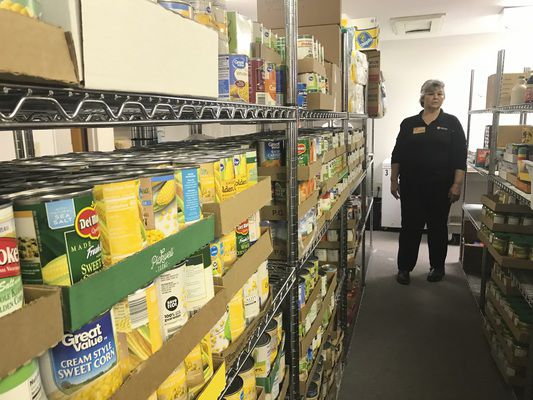 With donations down to well-known charitable organizations in the area, other groups that help the county’s most vulnerable residents say they are seeing an increased demand for their services including several who no longer even have a place to call home.

“Last month we had 35 new families come in which is an enormous amount,” Diane Skillen, executive director at Miami County Helping Hands, told the Tribune earlier this month.

“And we are seeing more and more homeless people,” she said during that same interview. “I don’t know why that is.”

That is an increase others in and around the county have been reporting as well.

Samie McFadden, a housing counselor with the Kokomo-based Advantage Housing which handles cases in Miami County says she is seeing it, too.

“A couple of different issues have come up,” McFadden said in a telephone interview in mid-December.

“We are faced with a lot of people who have lost jobs,” she said.

While many who eventually make it to Advantage Housing are working, she explained, many had been out of work long enough beforehand that their problems have snowballed to the point that they have lost their homes or are on the verge of doing so.

And many of them are families with children.

In a followup email, McFadden said that her organization had begun processing requests for help for 30 families in Miami County this year.

Though not all finished the enrollment process, many were helped by Advantage’s Rapid Re-housing program and by the Homeless Prevention program.

The ones who were already out on the streets and met the criteria for help (they can’t be “couch surfing” at someone else’s home, etc.) were in pretty dire straits.

“They are living in their car,” she said, or camped somewhere else.

All of this comes as the United Way and the local Salvation Army office have reported shortfalls in fundraising goals during this year’s holiday season giving campaigns.

As of last week, the Salvation Army leadership team said they had managed to raise only about $18,000 of their $35,000 goal. And the United Way was projecting hitting only 86 percent or so of its $190,000 goal for the year. Both groups were looking at extending their campaigns.

Recognizing the increase in need, leaders from various groups met in November with the United Way to discuss the problems.

At that meeting the United Way food drives reported an increase of 100 households showing up at each drive, from 133 to 233.

The pantries hosted by St. Charles Catholic Church reported an increase from 104 households to 190.

Nearly all reported seeing an increased demand for assistance in paying rent and utilities.

Possible causes discussed at that meeting, according to documents provided by the United Way, include loss of jobs, a rise in rental rates and lack of childcare providers.

In light of these problems, McFadden, in a separate email, offered some ways that the more fortunate can help.

“If you meet a homeless person, or family, be respectful of their situation,” she wrote. “Homelessness can happen for a variety of reasons, and it is usually a combination of factors. It’s complicated. And it is unlikely they will tell you all about it, any more than you would tell them all about your life.”

Those looking to provide gifts can do so in a variety of ways.

“The United Way of Miami County will distribute gift cards to our homeless population,” she wrote. “If you would like to donate some gift cards to go to the homeless, you can purchase them and drop them off to the United Way at the CRC building at 13 E Main St. in Peru.”

She recommended gift cards to gas stations so people have transportation to necessary appointments for their needs and medical care, and also to keep vehicles running for heat on cold nights.

She also recommend $10 cards to pharmacies to help pay for medical and personal hygiene supplies as well as cards to local fast food restaurants.

Monetary donations can also be made directly to the organizations trying to help, including Advantage Housing, the United Way, Helping Hands, the Salvation Army, the Society of St. Vincent de Paul, St. Charles Church and others.