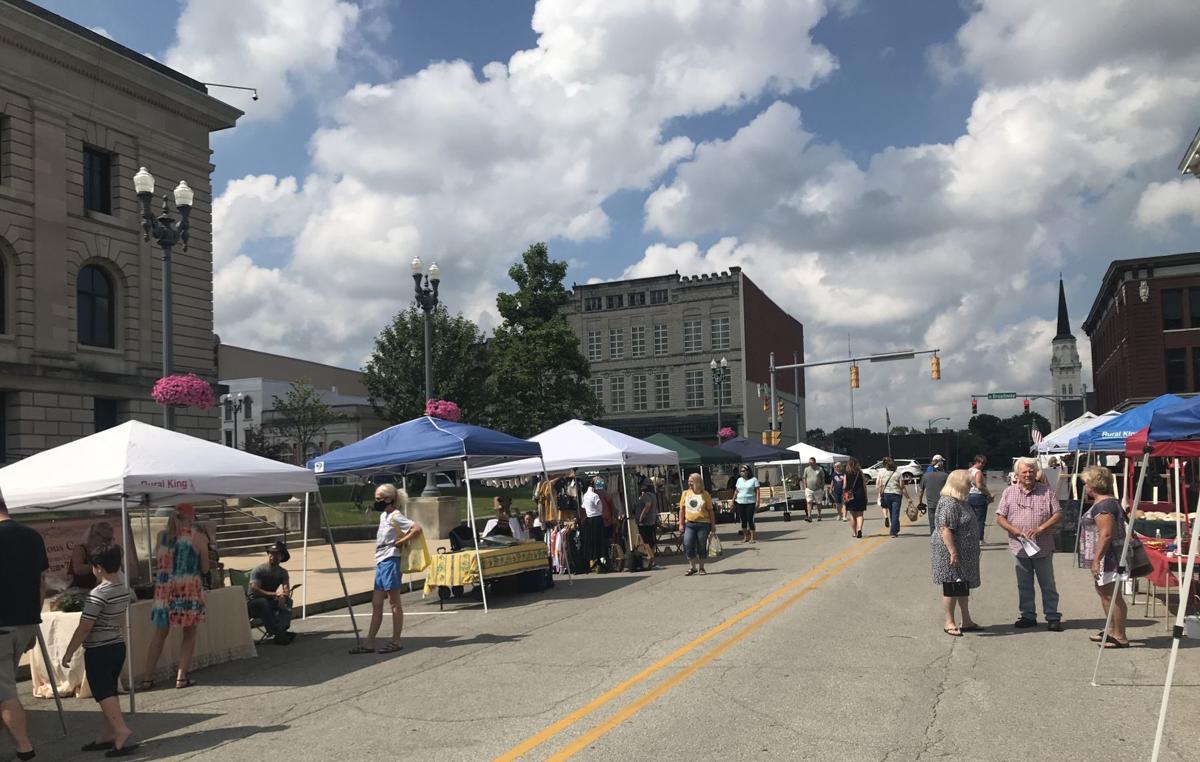 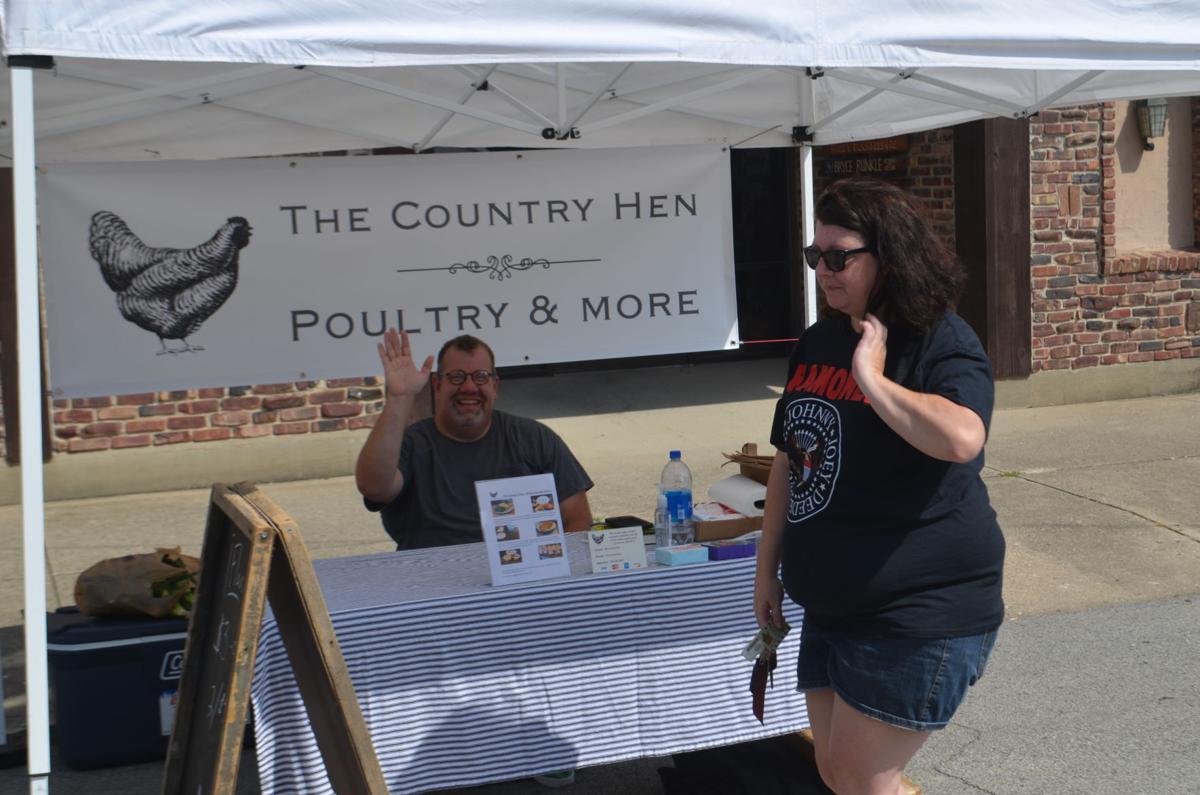 Chris Arrick, owner of The Country Hen, waves as he speaks with a customer at the farmers’ market on Saturday. 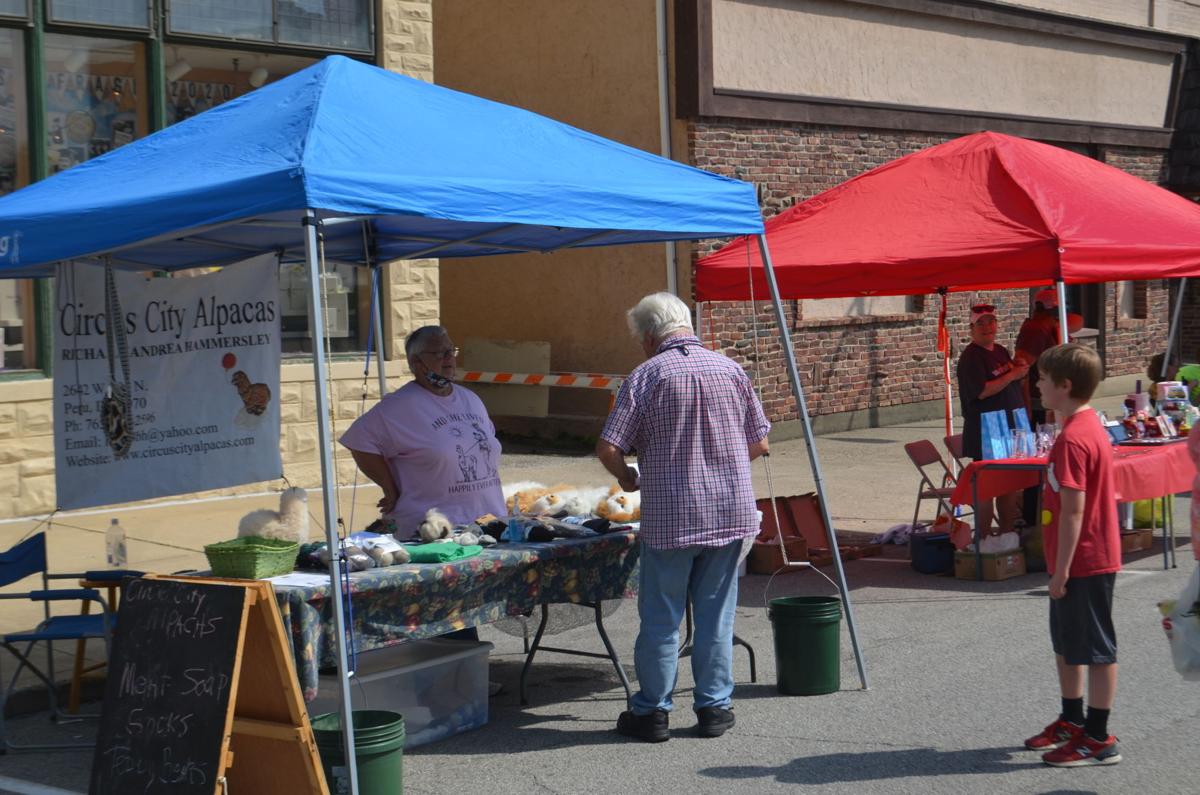 Andrea Hammersley, with Circus City Alpacas, talks to a customer at the farmers’ market on Saturday.

Chris Arrick, owner of The Country Hen, waves as he speaks with a customer at the farmers’ market on Saturday.

Andrea Hammersley, with Circus City Alpacas, talks to a customer at the farmers’ market on Saturday.

Vendors and organizers say that a small switch at the downtown farmers’ market, prompted at least in part by the coronavirus pandemic, has increased not only traffic but offerings for market-goers as well.

“I sell out every week, I couldn’t be more pleased,” Chris Arrick told the Tribune on Saturday.

He said this year, which saw the market move onto a closed block of East Fifth Street, nestled between the courthouse and the Miami County Museum, has not only been busy, but enjoyable.

The change, which moved the market from the nearby sidewalks at Fifth and Broadway, were announced in June as health concerns lingered amid the ongoing coronavirus pandemic.

The idea, according to Sandy Chittum, who helps organize the market was to give people more room to maintain social distancing.

That’s been a success.

Feds: Iran and Russia have interfered with presidential election

Black women's battle for the ballot

“The market’s been great,” said Jem Dillon, who owns Catey Heritage Farm with his wife Lauren Catey Dillon. “People can actually walk around.”

Across the street, Andrea Hammersley, with Circus City Alpacas said that extra space seems to have translated into more people.

“It’s wonderful,” she said. “It’s much nicer. We have lots of people.”

Nearby a guitarist and singer were performing live music as shoppers strolled up and down the street, peeking in and out vendor booths.

Chittum, who says she is getting help promoting the event from Megan Black, said she has received a lot of similar feedback and has even seen the number of vendors increase from seven to 12 a week in years past up to 19 or 20 each Saturday this year.

“We are just having fun,” Chittum said. “It’s more like an event every week.”